How to Uninstall Mozilla VPN from Windows PC?

Grab all the tips, tricks, and methods you need to be a Windows power user and able to uninstall Mozilla VPN or other programs without any pressures. This article is written specially for Windows users who want to follow hands-on guide to remove the Mozilla VPN completely. We cover all levels – from manual removal way to advanced uninstaller. To consider yourself a knowledgeable Windows user, you need to know how to uninstall a program. Let's get started today! Acquire simple methods that hep you completely uninstall, remove Mozilla VPN from your Windows computer.

What's Mozilla VPN? Mozilla, as we all know, is one of the leading tech giants that provides software solution. For instance, you may have heard of the web browser named Firefox. Guess what? This web browser was created by Mozilla itself. But it's not just limited to developing browsers and search engine. In fact, the developers at Mozilla have also built the Mozilla VPN for internet users all over the world. 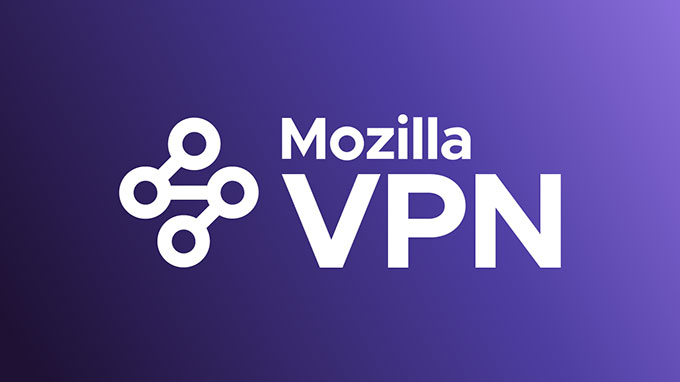 Mozilla provides the VPN service at a small fee. And you will be surprised to know that this service of launched in recent year. But what exactly is Mozilla VPN?

Mozilla VPN, aka Virtual Private Network, is an open-source web-browser based web extension. Moreover, there are many versions apart from the web extension. Yes, the Mozilla VPN also provides its VPN service through apps and software. Let us look at some common benefits of using this VPN service.

Mozilla VPN is an open-source software

Whether it's a web extension or a mobile app, Mozilla has made it crystal clear and transparent by not encryption their source codes. In short, the best advantage of using this VPN service is that its open-source software.

But how you can get the advantage of this feature? Well, to know this, you must know what is open-source software.

Most of the times, the software owners will tend to encrypt the programming, which resulted in the creation of that app. There are many reasons for it. But one common reason is to protect the safety and ensure that nobody copies the same code lines and create their identical platform.

But, one drawback about closed source software's is that you don't know what is going on behind the scenes with your computer system when the app is running.
In general terms, open-source software's are those categories of software's in which the source code or the basic programming algorithm and logics for creating the app is not hidden. So, the whole world knows whether the app can be trusted or not.

Bandwidth, as we all know, is the maximum rate or speed of the data transfer at a given time. The higher bandwidth your service provider offers, the more speed your internet will gain.
But sometimes, using a VPN may slow down the bandwidth drastically. Most gamers face, and other professionals face this type of problem when using a VPN. And interestingly, VPN users tend to blame their internet service providers (ISP) for not providing the right internet speed, which is incorrect.

Well, you must have noticed that the moment you get connected with the internet, your internet speed gets down immensely. It's because your VPN providers service is not strong enough.

Hold on, if you are one of those who face this problem, then Mozilla VPN is ready to solve your problem.

One can get a high-speed bandwidth without any limits or restrictions. Above all, Mozilla has servers located across 59 countries with a maximum data transfer limit of 2502 Gbps which is more than enough to blow your mind. So now, watch your favourite Netflix series without any issues of buffering.

How You Can Uninstall Mozilla VPN from PC?

We will tell you 2 methods regarding how you can uninstall Mozilla VPN from a Windows-based PC. The methods here are going to provided step by step and even if you don't know more about computer knowledge, you will be able to uninstall so anyone joined for the guide will have their own unwanted programs uninstalled right away. 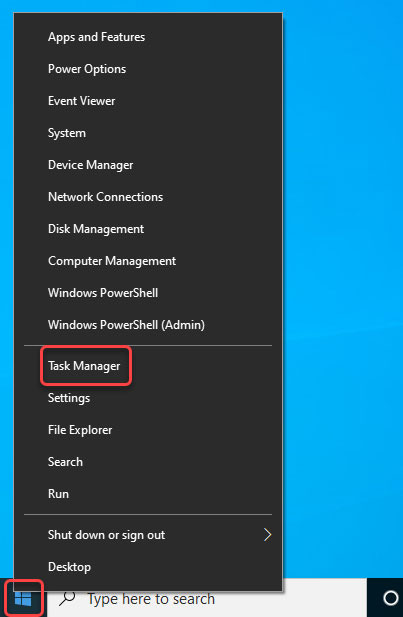 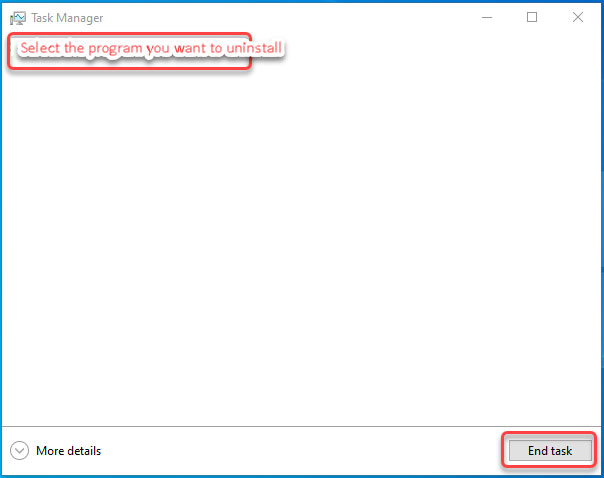 Warm tips: This is a prerequisite to make sure the process of uninstalling Mozilla VPN non-interruption. It stops Mozilla VPN running in the background. 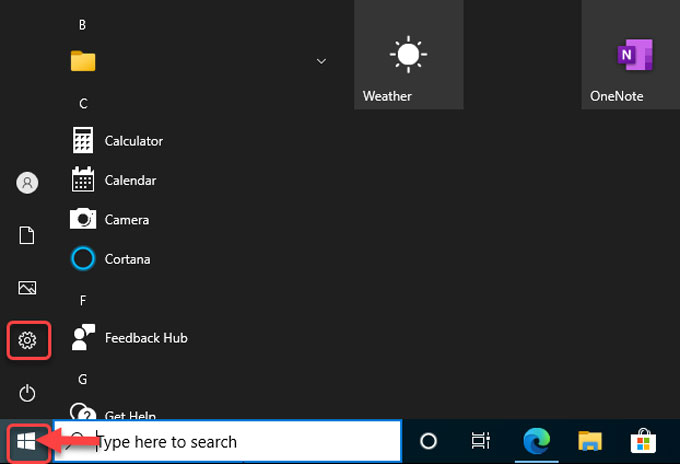 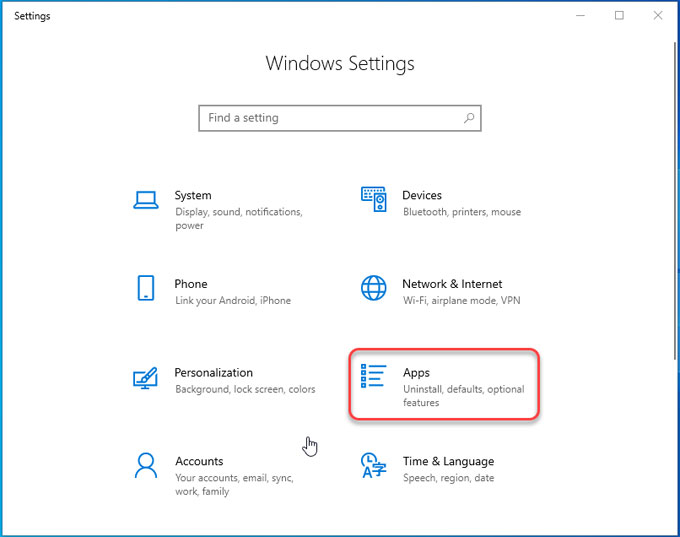 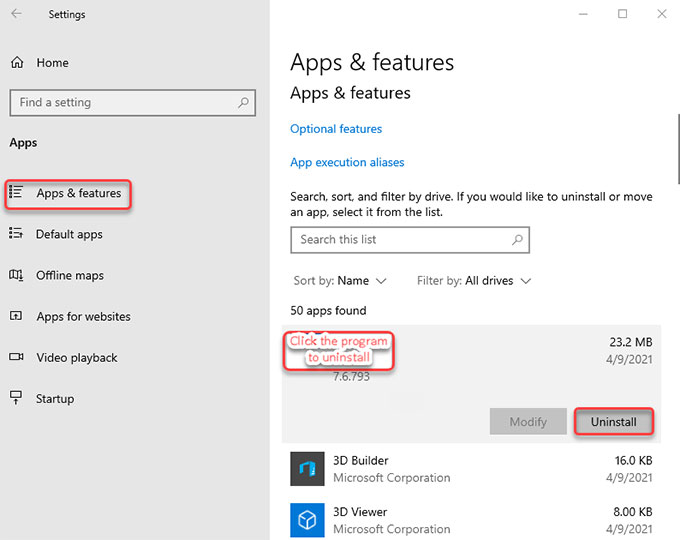 5. Click Uninstall or Yes to continue the removal. Next, follow the pop-up Mozilla VPN uninstall wizard to get it uninstalled from your Windows 10 PC. 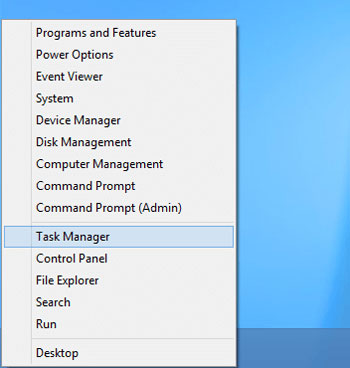 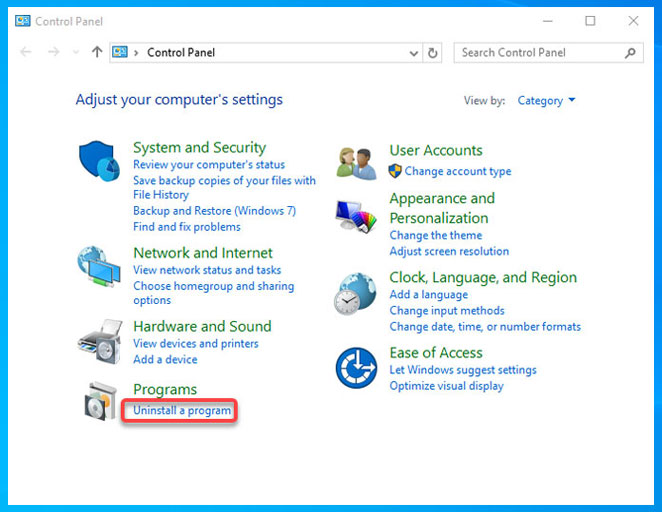 5. Next follow the pop-up prompts to uninstall Mozilla VPN from your computer.

If you want to get a complete removal of the Mozilla VPN program, you still need to delete all its associated files left in systems. Refer to the manual steps to get rid of Mozilla VPN leftovers. 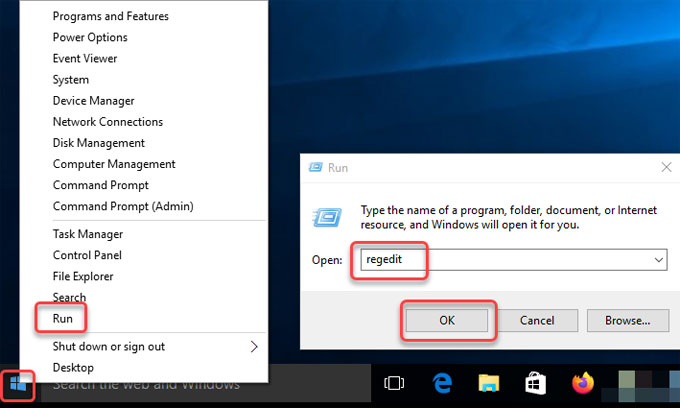 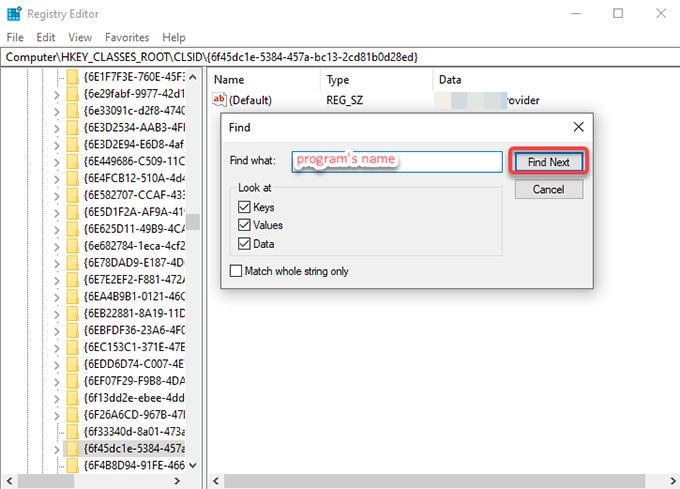 4. Open the Start menu, type %LOCALAPPDATA%\Mozilla VPN in the Search box to find your app data, and open it. 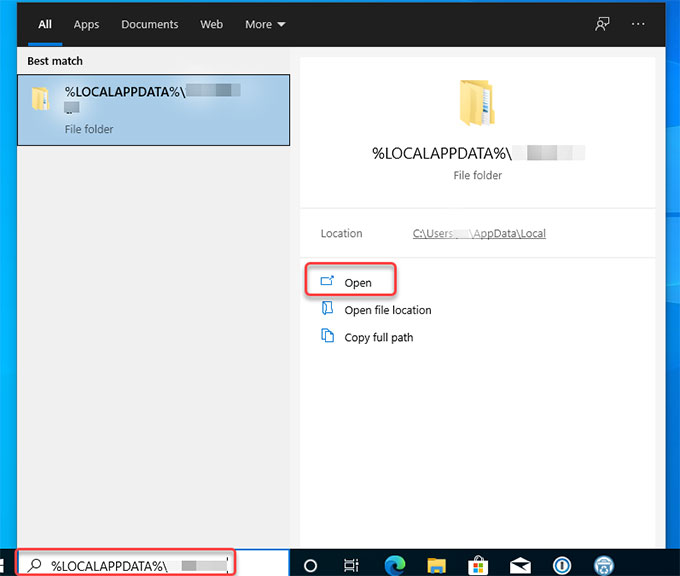 5. Delete the folder associated with the Mozilla VPN program to the Recycle Bin.

In this part, we will work on the optimal Total Uninstaller for this Mozilla VPN removal, which is a professional uninstaller software! Download, install and manage to uninstall Mozilla VPN and all the vestiges without interruption. Well guide you to use the Total Uninstaller here to help you with removing Mozilla VPN or any other unwanted programs through just a few of clicks. Meanwhile, you will get rid of all leftovers by using the automatic uninstaller tool. 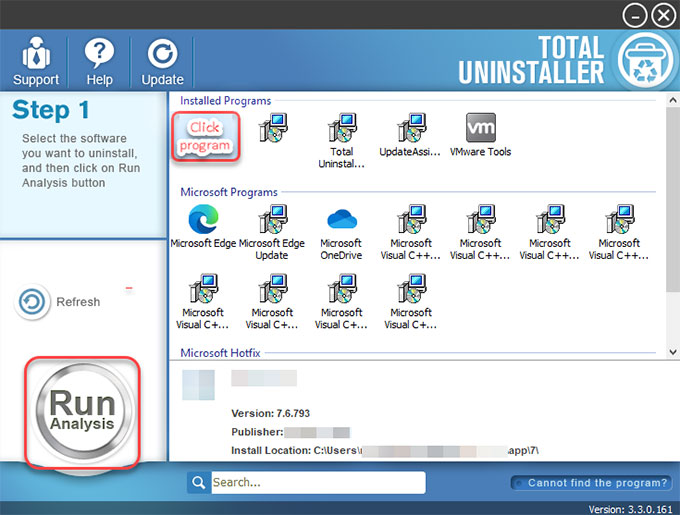 2. Click Complete Uninstall > click Yes to confirm that you are going to uninstall Mozilla VPN from your Windows computer right now. 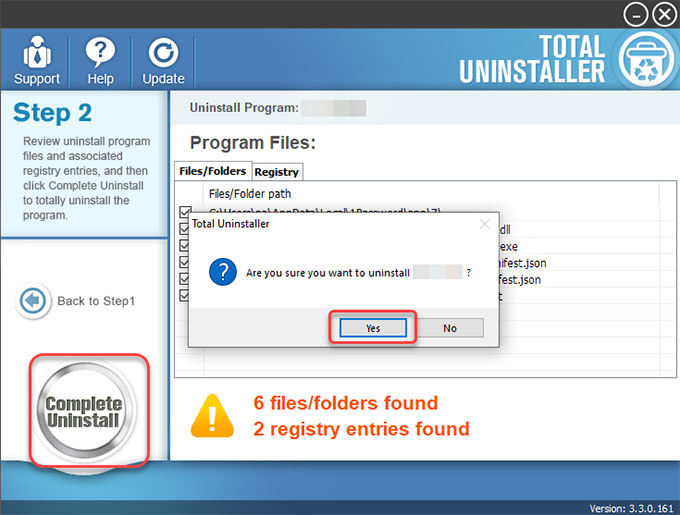 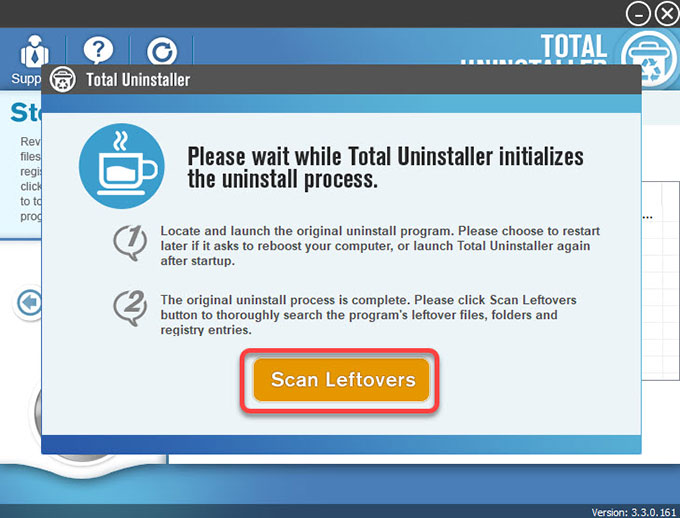 4. Click Delete Leftovers > click Yes to confirm that you want to remove all things about the Mozilla VPN program. 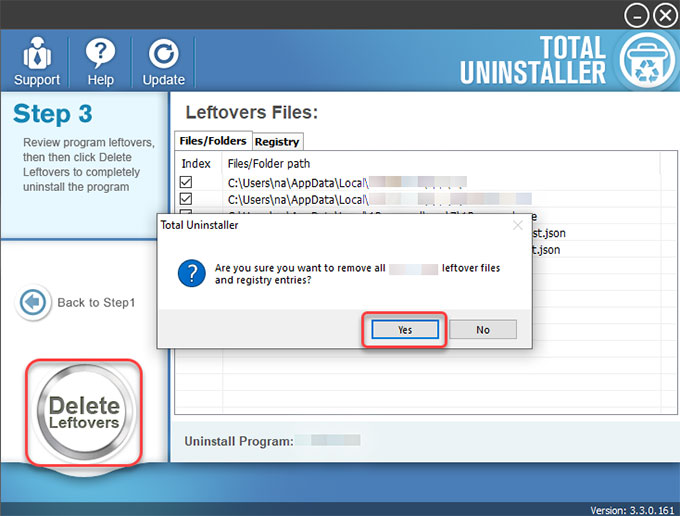 5. All leftovers associated with the Mozilla VPN program have been successfully removed. Click OK > click Back to Step 1 to check. 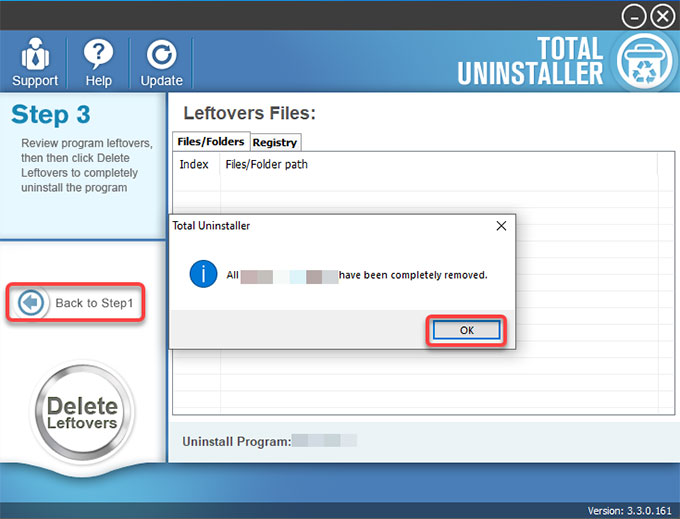 6. Finally, Restart your computer to apply the change.

Don't hesitate to five the latest version of Total Uninstaller a try, this tool is focused on efficiency. Never spend time on finding out and deleting leftover files, registry entries, and other components. We guarantee you this Total Uninstaller is the most efficiency and highest performance uninstaller app. If you are new to uninstall Mozilla VPN or any other Windows program, then let the uninstaller tool help you.

Warm Tips: You can click the button below to try Total Uninstaller directly. 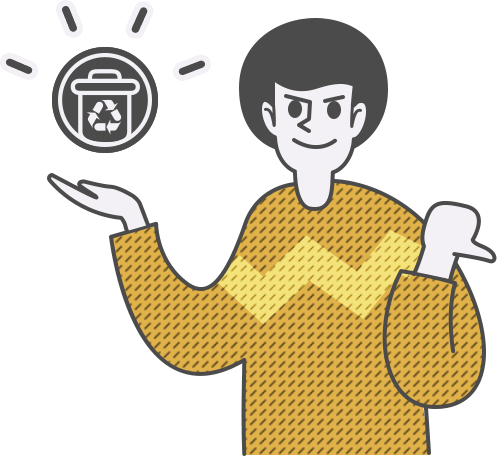